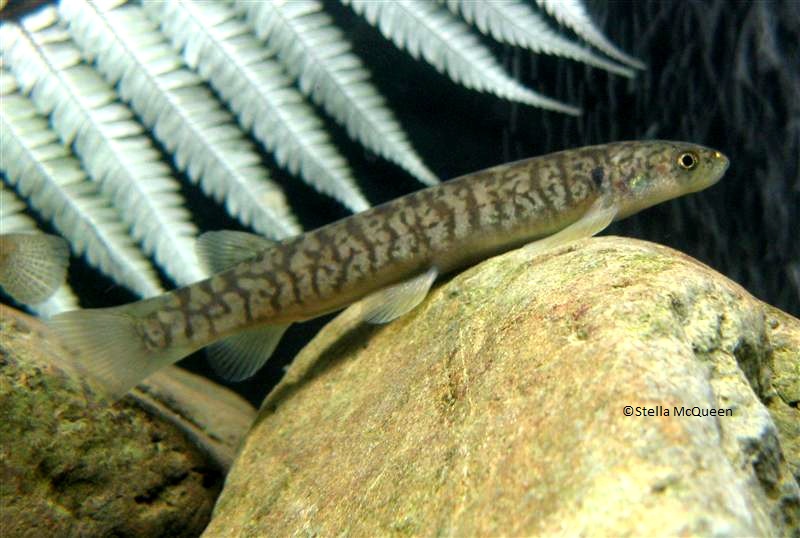 It might still be a surprise to some that one of New Zealand’s national delicacies is made up of threatened species.

These threatened species’ are known collectively as whitebait and are the juveniles of five different native freshwater fish species in the Galaxiidae family, mostly only found in New Zealand. They are: īnanga, kōaro, banded kōkopu, giant kōkopu, and shortjaw kōkopu. Read more about the five species here and here. Four of these five species (all except banded kōkopu) have been classified by the Department of Conservation (DoC) in 2013 as at risk or threatened with extinction [1].

Whitebait were once so plentiful that they were fed to chickens and used as a garden fertiliser. However, the adults of these species are declining in numbers and their distribution is shrinking. This is showing up in declining numbers in whitebait runs.  The main culprits are deteriorating water and habitat quality over much of the country, mostly due to intensive agriculture and other land uses; and barriers to migration, such as dams, culverts, weirs, fords, and tide gates. Much of the spawning habitat for galaxiids are destroyed or degraded by land use activities.

Adding to these pressures is allowing the juveniles to be commercially harvested. That’s right, here in New Zealand, we allow a threatened species to be caught and sold for profit. The fishery is not measured, so it is really hard to know what is happening, and there is no quota on how much you can catch, despite the declining adult numbers. It is inexplicable that we often condemn other countries for decimating or hunting their native wildlife, but it is happening right here in our own country. This is also hypocritical when we are signatories to the global ban on trade in endangered species (CITIES).

Four of these five species have the same threat ranking as some species of kiwi. The current Minister for Conservation, Maggie Barry, has argued that we shouldn’t eat kereru because they are protected species and says that “it is not appropriate to eat threatened species fullstop”; [2] (incidentally kereru are not listed as a threatened species). Bizarrely, New Zealand’s freshwater native fish have no protection under law; even trout (an introduced species) has more protection than our threatened native fish. So why do we give full protection to some New Zealand native animals (and some non-natives), but ignore others? Is this because people don’t often get to view or interact with our interesting and obscure native fish, unless it’s part of their dinner?

Whitebaiting has a long history in New Zealand, and we want our children, grandchildren, and further future generations to enjoy this pastime. Sadly, with the way things are going, these fish will be gone before most of our grandchildren will even be able to see them. At the current rate of decline, all New Zealand native freshwater fish species will be extinct by 2050 [3].

While commercial harvesting of whitebait species is not the biggest cause of their decline, it is an extra pressure on the species that we can easily stop. One cup of whitebait contains about 500 fish, estimated to take close to 650,000 eggs to produce [4].  Stopping the commercial harvest might not prevent these species from going extinct, but it will buy us some extra time to sort out New Zealand’s freshwater issues.  Read more here about why we need to take several actions.

If you sell whitebait, you can make a huge difference by taking a stand and refusing to sell these precious threatened species. As a consumer, you could boycott shops and restaurants selling whitebait. We can also protect and develop spawning areas to help with rearing the next generation of juveniles. These steps would help in working towards conserving these species so people can continue to enjoy them for generations to come.

A petition to ban the commercial harvest of whitebait will be presented to Parliament so we can start to turn around the decline in whitebait species.  Tell the government that it’s not okay to profit off threatened species. Sign it here.

[3] Joy, M.K. (2009). Temporal and land-cover trends in freshwater fish communities in New Zealand’s rivers: an analysis of data from the New Zealand Freshwater Database – 1970 – 2007. A report to the Ministry for the Environment. Massey University, Palmerston North.

[4] Franklin, P. (2014). How many whitebait eggs does it take to make a whitebait fritter? Waiology. http://sciblogs.co.nz/waiology/2014/11/17/how-many-whitebait-eggs-does-it-take-to-make-a-whitebait-fritter/